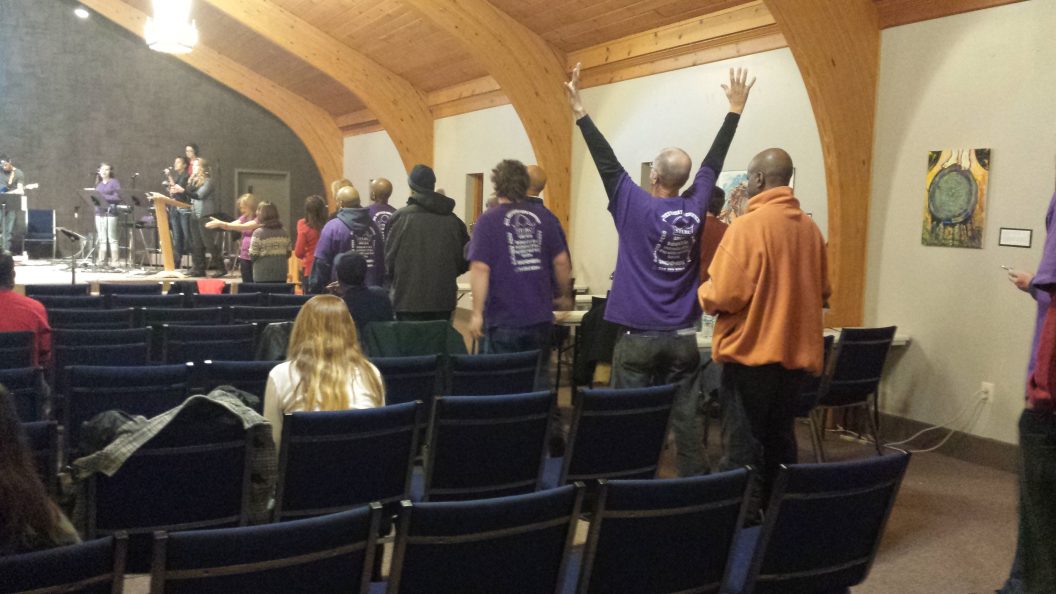 We are living in uncertain times.  If I can be completely honest, I have had the highest of highs and the lowest of lows in the past week.  As a mom, friend, wife of a small business owner and daughter of the King, I feel in the past week I’ve experienced a wide range of emotions and they can vary from hour to hour.  There are moments where I’m completely fine, joyful even; and then I have moments of complete despair where I find myself asking, “Is this how the world ends?”  Yes, I know that the last one is probably a bit dramatic.  This is what I’m talking about though, each day holds a new level of uncertainty.  I don’t know what tomorrow brings.  We have pushed pause on all of our long term plans.  We were talking about trips this summer, things that normally we would have already bought airline tickets for, yet here we are still planning these trips, but unsure what the future holds and waiting to make firm plans because we just don’t know what the prices will look like in a month.  I am a planner and I don’t like change.  I’m not one to easily adjust when things change quickly, and I don’t like feeling out of control.

But, I know the one who is in control.  None of this is a surprise to God.  He who is sovereign over the whole earth, He who holds us in the palm of His hand.  He isn’t taken by surprise when schools close, or sporting events have to be postponed.  The markets dropping don’t cause Him to bite his nails with uncertainty and He is FAITHFUL!  ALWAYS!  In all circumstances.  We are in a sifting moment of time where the church has a great opportunity to BE the church.  Maybe we can’t gather together in our buildings, but we can BE Jesus to our neighbors and we can use this opportunity to strengthen our own faith.  If you believe, as I do, that we are living in the last days, then this latest crisis is simply a training ground for what is to come.  David had the faith to defeat Goliath because he had gained strength and faith in God by defeating lions and bears while working as a shepherd.  You can read the story in 1 Samuel 17.  David who is known for writing much of the book of Psalms defeated giants.  Goliath is the one we think of, but he defeated many other smaller giants first.  The training ground for defeating Goliath, is in the place of solitude, watching the sheep and keeping smaller attacks at bay, all the while writing worship songs to God. What we are facing right now is that place of solitude.  As many are working from home, we are being forced in a way to confront giants in our own lives and make them obedient to the word of God and what He says.

For me a big giant I am having to confront is fear, and my own desire to be in control.  These are unseen giants.  The battle is largely spiritual, mental, and emotional.  The fact that the battle is unseen doesn’t make it any less real.  It’s in the place of hiddenness and fighting these personal battles that God is training us, His bride to fight the bigger more visible battles.  I want to encourage you as we are all in this together and I’m sure you have battles you are fighting as well, whether you are facing fear, or feeling alone due to lack of social gatherings, or depression over the current crisis.  There is a strategy to combat these enemies.  In 2 chronicles 20:22-24 we read about a time when Israel went to war against the Moabites and the Ammonites.  They were a formidable foe, and King Jehoshaphat didn’t know how to proceed.  He inquired of the Lord and said, “We don’t know what to do, but our eyes are on you.”  Later in verses 21-24, we see the Lord’s strategy revealed.  Send the worshippers first!  When the worshippers go out with praise, the Lord sets ambushes against Ammon and Moab and the army of Israel is victorious.  A virus may seem like a different foe than an invading army, but I assure you, it is no different. Even today President Trump referred to this as a “war”.  This is a battle, just like any other.  Worship is still a powerful weapon in our arsenal.  Let’s use it.  Not only will this improve your mood and your own peace in trusting in God, but I believe if we turn to God in this time as a nation we will see the Lord break in and move on our behalf and we will see this giant fall.  Look back at 2 Chron. 7:14.

“If my people, who are called by my name, will humble themselves and pray and seek my face and turn from their wicked ways, THEN I WILL hear from heaven, and I WILL forgive their sin and WILL heal their land.”

God gives a Holy prescription in times of uncertainty.  Worship.  Pray.  Repent. Turn from wickedness.  Let’s turn to God, who knows; maybe he will relent from sending calamity to our shores.  As the Ecclesia, we have a role to play.  Spend time in worship, humble yourself before the Lord, don’t give in to fear, and step into your authority to speak calm and peace into the storm.  God, we don’t know what to do, but our eyes are on you!

I’ve put together a YouTube playlist of some of my favorite songs that minister to me when I’m fighting battles and need to speak peace over the storms that rage.  You can find the link to that below.