Skip to content
Home > Christian Walk > A Look in the Mirror 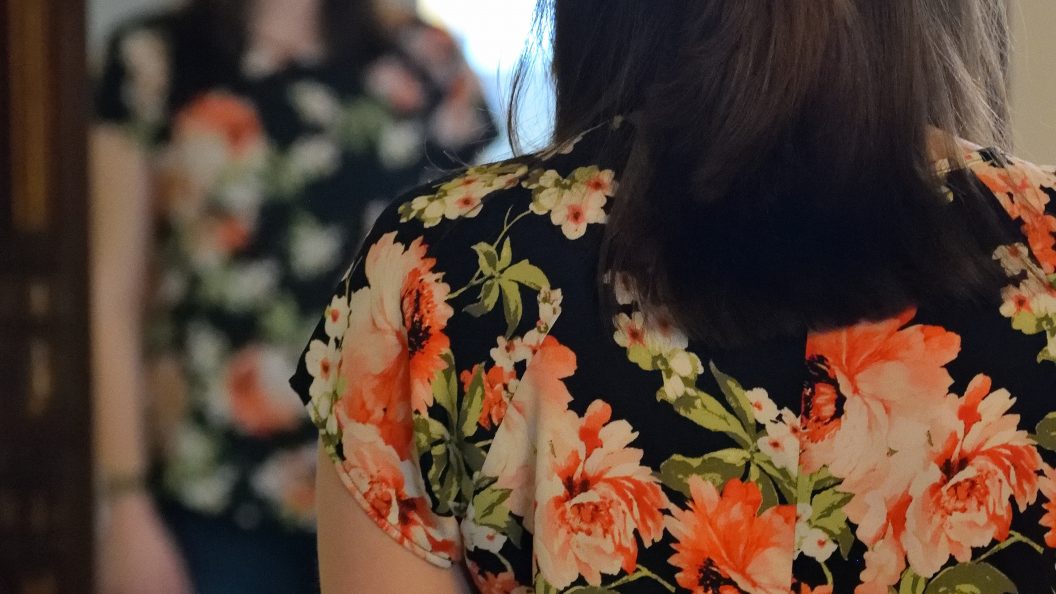 The day it happened took me completely by surprise.  I was in my early 30’s and I woke up one morning and looked in the mirror and my first thought was, “who’s that?” at the sight of my own reflection.  In that moment I had an epiphany.  I was an adult, happily married, mother of six amazing children and by all accounts I should have been completely content with my life.  Yet, I felt somehow like something was missing.  I saw my own face in the mirror, but I felt as if I didn’t know the person looking back at me.  Maybe it was the sudden realization that my 20’s were over.  Maybe it was the fine lines and tired eyes that did it.  Whatever it was, I didn’t like it.

I started to think about my life, where I was, and how it was so very different than what I had planned when I married my husband as a 20 year old.  Looking back I can see just how young we were, but at the time we felt that we couldn’t wait one second longer to start our lives together.  I have no regrets.  I married my high school sweetheart.  It’s been mostly smooth sailing, but it’s not been anything like I planned.

When I was planning my life out as a 20 year old, I had many grand ideas and lists about how things would be.  None of those things have materialized.  In some instances, this has been really hard to grapple with.  My plans included finishing college, working for a few years before having children, traveling without children, enjoying married life, then children (only 3), back to a career, and putting all the kids in public school.  Boom, bam, done!   Out of those plans, exactly one thing went sort of how I planned it.  I did finish school.  It took longer than I planned, and I had 2 kids by the time I was done, so even in that goal, I didn’t exactly reach it the way I had hoped I would.  Isn’t that how life goes though?  Rarely do things turn out exactly as we plan.

I’ve come to grips with the fact that God’s ways are not my ways, and His thoughts are not my thoughts. Realizing this truth hasn’t necessarily made me any less prone to try to make things go the way I want, but at least I’m learning that His ways are better. My plans included 3 children and a career. God’s plans were so different, but so much better than I could have hoped or imagined. After years of resisting, I finally gave in and surrendered to His ways. My life and our family has been made richer because of it.

This journey of life reminds me of the poem; “The Road Not Taken” by Robert Frost.

” Two roads diverged in a yellow wood,
And sorry I could not travel both
And be one traveler, long I stood
And looked down one as far as I could
To where it bent in the undergrowth;

Then took the other, as just as fair,
And having perhaps the better claim,
Because it was grassy and wanted wear;
Though as for that the passing there
Had worn them really about the same,

And both that morning equally lay
In leaves no step had trodden black.
Oh, I kept the first for another day!
Yet knowing how way leads on to way,
I doubted if I should ever come back.

I shall be telling this with a sigh
Somewhere ages and ages hence:
Two roads diverged in a wood, and I—
I took the one less traveled by,
And that has made all the difference.”

In life, Choosing to follow where God leads will often take us down the “road less traveled”, but going that way will make all the difference. Had I chosen to continue to ignore God’s leading and stay on the well-traveled path (the one I originally planned to take); I know four people today who would have never been born. That would have been a tragic loss.

One thought on “A Look in the Mirror”