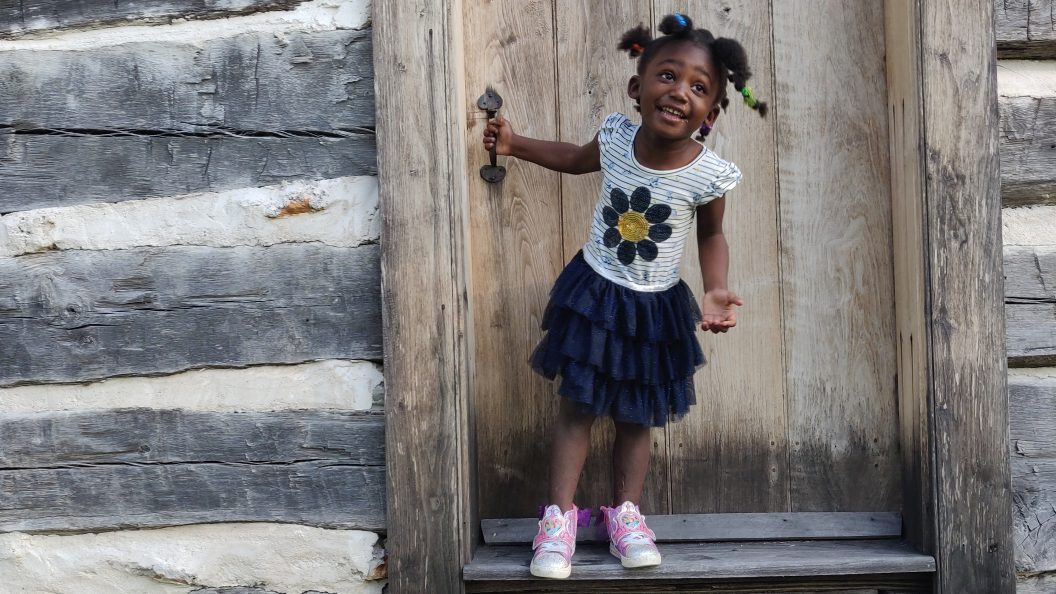 We just started a history unit on the Civil Right Movement.  Rosa Parks, Martin Luther King Jr. and other heroes of this dark time in our nation’s history.  I remember growing up learning about these people and thinking, “That’s ancient history.”  I felt it was horrible how African American’s were treated in the 1950’s and 60’s but as a child I also felt, or maybe was conditioned to think that we had gotten over that period of history and all was well.  I grew up in the 1980’s, at the time I didn’t really have a solid understanding of just how close we were to that time period, only 30 years prior people with dark skin were not allowed to drink out of the same drinking fountain as me and my brothers.  This injustice didn’t really resonate with me until recently.

Four years ago we adopted our daughter.  She is amazing!  She has the spunkiest personality, she is friendly and will eagerly talk to anyone!  She also just happens to be African American.  There are many things about our nation’s history that I never really had to think about until I had a daughter who looked different than me.  My biological children will not have to be taught the same things I will have to teach her.  Of course I will teach all my children to respect others, to obey the laws and to speak kindly to police officers, but my daughter will get an extra dose of how to interact in certain situations.  Has our nation grown and improved since the 1950’s?  Yes!  And I thank God for that, but bias still exists and there is still some distrust of the black community from the white community in our nation today.  In my position as a white mom of a black daughter I feel I often straddle this divide.

Our community has largely accepted our family.  I’ve been out with my daughter plenty of times in the community and have never been mistreated, but I can’t help but wonder how she will be treated by others when she is older and I’m not with her in public.  How will others see her when she shops at Target as a teenager without me by her side?  Will the security guard follow her through the store, suspecting her of being a shoplifter?  Will other shoppers avoid her in the aisles?  I don’t know the answer to these big questions, but as a mom I can’t help but ask them.  I pray in ten years when my daughter is old enough to be out in public without me by her side that we will see even greater acceptance of African Americans in our nation.  I’ve seen glimpses of this glorious day.  I’m daily seeing the evidence of a growing diversity in my home town.

Just because we are seeing improvement doesn’t mean we can forget the past or that we should think of it as ancient history.  The truth is there are people who are still alive today who lived through the segregation of the 1950’s and 60’s.  Yesterday I read to my kids about Ruby Bridges who was the first black child to attend an all-white school after segregation ended.  The picture in our book is in black and white, but shows a sweet looking six year old girl walking out of a school building escorted by three guards!  Why in the world would a six year old need guards to escort her to and from school?  The hatred was so tangible in the south at this time that the guards were sent for HER protection from the angry mob of mostly adults who didn’t want her attending school with their children.  What a statement about the culture of our nation at the time.  When adults are threatening children simply because of their skin color.  It is a sad time period in our nation.  Even as we discussed this great injustice and how wrong it was for people to have been treated that way.  We discussed how far we’ve come as a nation yet, how we still have a ways to go, I still felt a tad bit detached from this time period.  It’s hard to have an understanding of history that happened before your lifetime.

Then last night I saw a post from a friend about Ruby Bridges.  She is alive today!  She turned 65 this year.  She’s only 65.  My mother in law is 65.  Suddenly everything is brought into perspective.  This may have happened before I was born, but it is NOT as ancient history as I once thought.  I’ve heard it said that those who don’t know their history are bound to repeat it.  Those are wise words and are the perspective that guides how and why I teach accurate history to my kids.  I don’t want to sugar coat even the hard things.  We’ve discussed the gas chamber of Nazi Germany, the slave trade, and more recent atrocities like abortion.  My kids that I’m homeschooling are currently in third and fifth grade.  I make sure to make the lessons age appropriate, but I don’t want to give them a false sense of pride in our nation, or avoid the yucky parts of history.  We’ve done some pretty horrible things to our fellow man in this nation and throughout world history.

The only solution for a hurting world is Jesus.  I also take these type of hard lessons and point the lesson back to Jesus as the only solution to these very big problems.  Racial reconciliation is a process.  There has been HUGE improvements, but there are still hurting people alive today who had to live through these dark days.  May we never forget the hard roads they had to walk as we move forward in kindness, seeking to bring the love of Jesus to a hurting world.  We should take each day with this mindset, be kind, you don’t know the battles others are facing.